JBL/UREI and Amps. I have never heard the above. Anyone have any experience with these amplifiers? If so what were your. Vintage JBL / UREI Electronics. Manuals · · · · · B Specifications. Power output: watts per channel into 8Ω (stereo), W into 8Ω (mono). Frequency response: 20Hz to 20kHz. Total harmonic distortion:

A friend of mine here in Sweden uses these models for amping H and studiomonitors. For years I have know that speaker distortion is usually much higher than amp distortion.

Ken, I use a and a in a bi-amp rack, along with ato drive one of my studio monitor pairs. With the Crowns I can strap with the flip on a switch.

I hear that disease is called “Trigger Jvl Oldmics. Anyone have any experience with these amplifiers? See if you can spot them. 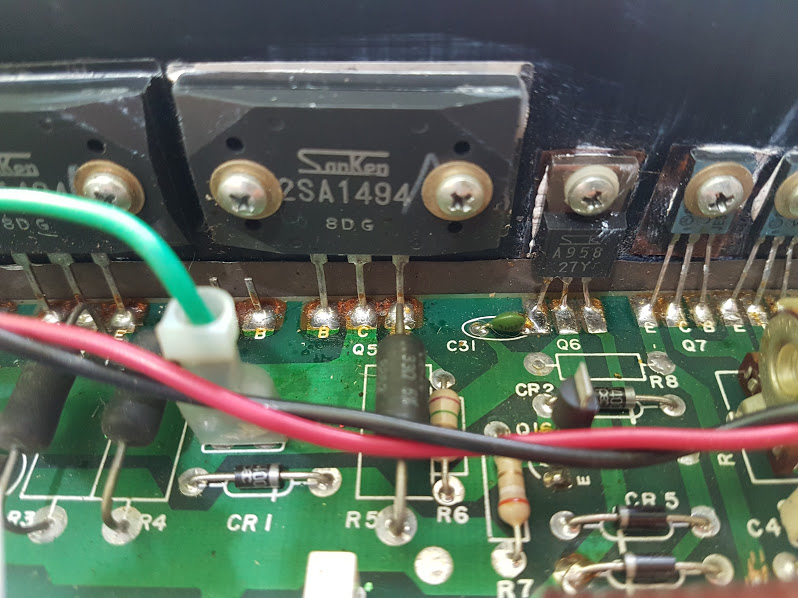 Didn’t realize at the time how much noise I was living with that I just got used to. From what I saw on the scope I though it should have sounded much worse than it did! The reason that we love JBL is because of their low distortion. I would go biamped. I have an old Urie catalog, I’ll dig it up and see what else the say about the sense lines.

Originally Posted by Titanium Dome. About a year ago people started complaining about the sound in one of the production studios here at the radio station. I listened to the sound in the studio and something had changed!

All the ‘s amps in my ownership seem to have their bias set at mV. Thinking of using the ‘s in mono mode to drive dual H’s per side. This experience has reinforced my conclusion that the quality of the speakers is far more important than the amp.

Yrei over at this thread: He does not feel the need to bridge it for mono mode 1xWatt 8 Ohms.

I believe the protection circuits in the Crowns are a little more advanced. Velodyne powered 2690 woofers had a similar idea only they used a velocity transducer fastened to the back of the speakers cone.

I have three of the ‘s and they are outstanding amplifiers, IMHO. My Westlakes are 4-way.

Come across two mods on both sides with makes me wonder if its factory done or by a service centre somewhere in its life. I don’t get hung up on amps. Be aware that the has a urie fan, jnl you’ll want to be using that in an environment where that is OK. I like all of these because they are big, heavy, stable and overlooked by most people today. I’m thinking the newer fan will be much quieter. I can click “Buy it Now” much faster than I can keep up in the shop. They are big and heavy but if you have the rack space probably the best deal in old power amps.

More than enough power, of course. As soon as I went balanced between the amps and the crossovers all my ground loop problems vanished.

You can of course have the same problem with a 2-way system. My brother is using a on a pair of The has a large finned heatsink at the back and no fan. Well, well, here’s a thread that’s back from the dead. The problem becomes groundloops if mixing balanced and unbalanced lines.

Originally Posted by DL On the left channel the positive half of the sine wave was clipped about half way up, but the negative part of the sine wave was OK. I not putting down any one for their like or dislike of any brand of amp. Nice clean sinewave and no crossover distortion. After checking out some things I figured out it was the old Crown DC, I swapped it out with a different amp, sound was clean again.

With a conventional PS 66290 retain enough reserve power and won’t crap out if the AC line voltage gets a little weird.

I would go biamp with a like Bo says. The fan is very noisy. If so what were your impressions. The studio has JBL A speakers. What’s that Mike, Big is Good? Quad sounds like too much work. All times are GMT This page was generated in 0.